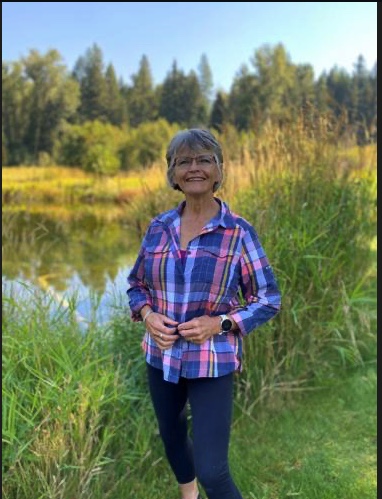 Gayle has deep Montana roots. Her grandfather homesteaded on the Rocky Mountain Front. In her early years she was a backcountry cook for legendary Tom "Hobnail" Edwards.

Gayle has that pioneer spirit: she chose one class at Montana State U. discovering that she was the only woman in the class of 60 and a professor who wanted nothing to do with a woman in "his" class; in fact, the professor encouraged her (gruffly) to "find a more suitable interest." Yet, Gayle persisted. She eventually received a B.S. and Masters Degrees, snaring grizzly bears in the process.

Gayle was the first woman hired by Montana Fish, Wildlife and Parks as a wildlife biologist. She is an accomplished researcher, focusing on grizzly bears and mountain goats; as an award winning author, she has written  books describing the impacts on wildlife from human activities.

Gayle is currently an active leader with Helena Hunters and Anglers. She is devoted to protect our roadless areas around Helena.

Gayle was married to the late, great Jim Posewitz. She is committed to her family, which includes large circle of kids and grandkids.

Her many honors include the 2013 Cinnabar Foundation Sargent Stewardship award and her induction into the Montan Outdoor Hall of Fame in 2020.