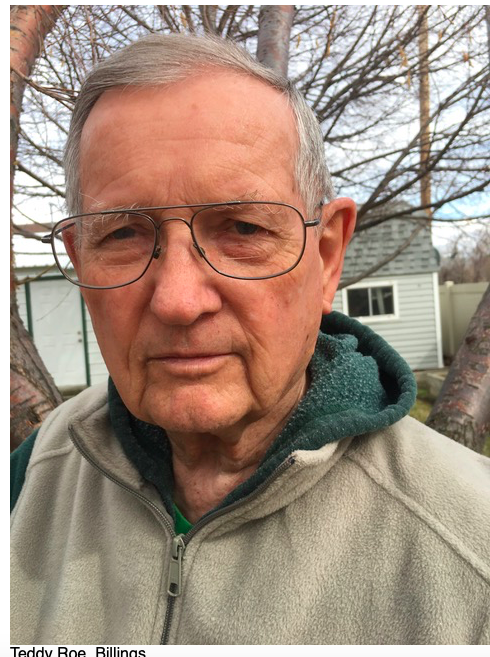 Teddy is a charter member of Montana Conservation Elders. He was raised in Billings; As a teenager Teddy fell in love with the nearby Beartooth Mountains; as time went on he saw the world and retired back in Billings. Early in his life he worked as a journalist, later pursued a long career in Congress--including ten years as an assistant to Montana's own Mike Mansfield, Majority Leader of the United States Senate, five years as Legislative Director to Montana's U.S. Senator Lee Metcalf, another stretch as staff director to a Wilderness subcommittee in the House of Representatives, plus other "Hill' work.

After Senator Metcalf's sudden death Mr. Roe was involved in the creation, as a memorial to the Senator, the massive Absaroka-Beartooth Wilderness.

Upon returning to Montana Teddy served on the Eastern Wildlands Chapter of the Montana Wilderness Association and worked throughout with lifelong friends to help save Montana's remaining unprotected wild places.